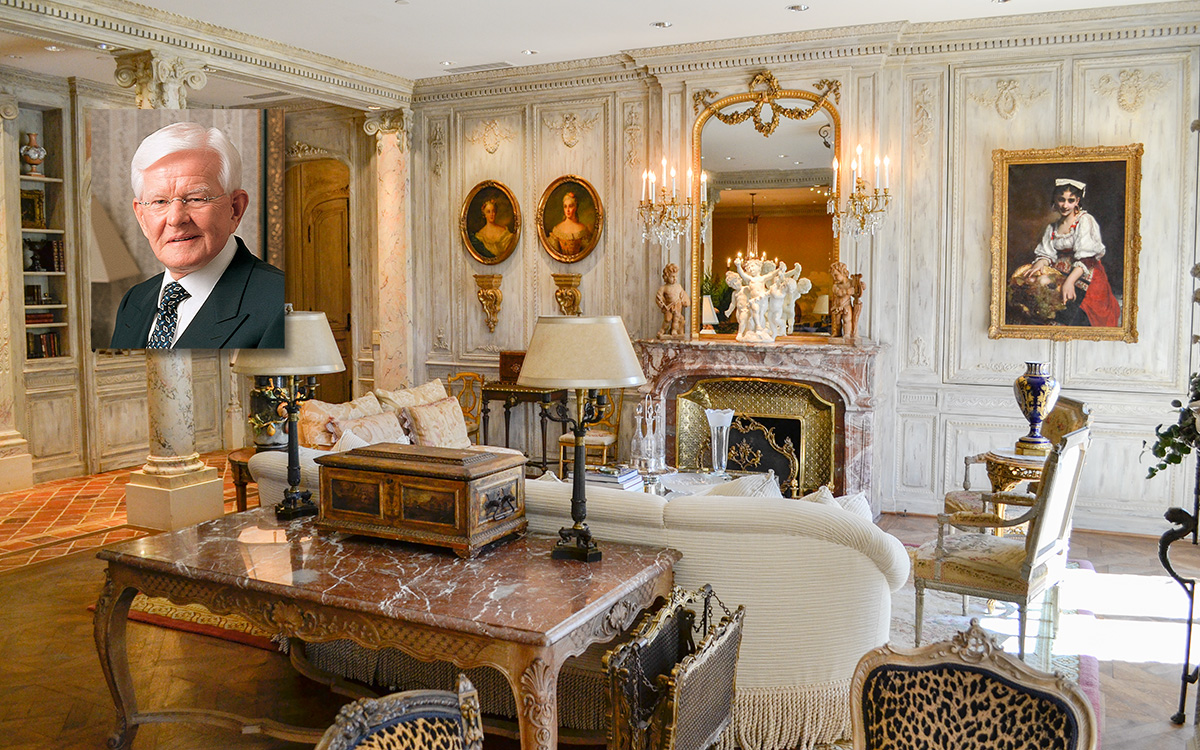 ITEMS FROM THE ESTATE OF LONNIE “BO” PILGRIM (1928-2017), CO-FOUNDER OF PILGRIM’S PRIDE CHICKEN, WILL HEADLINE A THREE-DAY AUCTION PLANNED FOR NOV. 2nd-4th BY J. GARRETT AUCTIONEERS, ONLINE AND IN DALLAS, TEXAS

The sale will also feature the museum-quality collection of Richard Horton of Fort Worth, Tex.

DALLAS, Tex. – Items from the estate of Lonnie “Bo” Pilgrim (1928-2017), the co-founder of Pilgrim’s Pride, at one time one of the largest chicken producers in the United States, will be the headliner of a three-day auction planned for November 2-4 by J. Garrett Auctioneers, online and in the gallery at 9203 Diplomacy Row. Most of the merchandise will be sold without reserve.

Also offered will be items from Richard Horton of Fort Worth, Texas, who has amassed a museum-quality collection over the past fifty years. “This promises to be the auction event of the decade, with some of the finest antiques we’ve had the pleasure to sell,” said Jeff Garrett of J. Garrett Auctioneers.

“Bo” Pilgrim co-founded Pilgrim’s Pride in 1946, when he opened a feed store in Pittsburg, Texas, outside of Dallas. He and his late wife Patty became dedicated antique collectors and traveled the world to furnish their residences with the finest antiques. Many of the items in the sale come from the couple’s mansion home in Pittsburg, nicknamed ‘Cluckingham Palace’.

Auction highlights will include a large, museum-quality KPM collection; many notable bronze sculptures; some fine examples of marble statuary; large-scale, highly collectible cloisonné pieces; fine oil paintings, many of them religious in theme and well-known; a rare, a massive carved jade screen; and other items. Online bidding will be facilitated by LiveAuctioneers.com.

A monumental pair of rare and museum-quality palace tables from around 1890, made from polished nickel and steel with rouge marble tops, from a design by Charles Paxton Gremillion of the renowned Dallas firm Loyd-Paxton, 6 feet long, has an estimate of $25,000-$50,000; while a scarce, circa 1900 Maison Millet tea or dessert table with yellow and cream marble top, signed Rogie, in excellent condition and standing on cabriole legs, should command $8,000-$14,000.

A very rare pair of circa 1890 Royal Vienna urns, monumental in size at 57 inches tall each (on stands), with each capped urn surmounted by a large antlered gargoyle handles enriched with stylized gold decoration on a burgundy field, is estimated at $35,000-$45,000. Also, a large American gilt bronze and white marble centerpiece by Edward F. Caldwell & Co. (N.Y.), circa 1905, with the large marble bowl held by two Greco-Roman figures, should hit $15,000-$30,000.

An extraordinary pair of French Empire style dore and patinated bronze candelabra, fashioned as wing angels holding trumpets with shaped arms atop tiered malachite pedestals with gilt bronze appliques, 76 inches tall, is expected to finish at $25,000-$35,000; while an outstanding quality French dore bronze figural mantel clock with a gold-wash finish and the top featuring the winged angel Israfil, her trumpet at her side ad she rests on a circular dial, should garner $7,500-$10,000.

Other expected top lots will include a rare 18th century Chinese 12-panel coromandel screen, overall 235 inches wide by 105 inches tall, with markings that communicate the celebration and gift of the screen to a high-ranking officer (est. $8,000-$12,000); and a stunning ruby and diamond ring (est. $3,000-$6,000) that has a coordinating necklace and bracelet in the auction.

It’s worth mentioning that “Cluckingham Palace” – also known as Chateau de Pilgrim – is on the market but is not offered for sale in this auction. The 43-acre estate was custom-built in 1992 to Mr. and Mrs. Pilgrim’s specifications, at 800 South Greer Boulevard in Pittsburg, located about two hours by car from Dallas and a ten-minute drive from the Mount Pleasant Regional Airport.